Down here in Panama City Beach, Florida (aka “The Redneck Riviera”), craft beer can be hard to find.  Fortunately for us, we have Chan’s Wine World on Back Beach Road to rescue us from a terrible drought.  Along with a great selection of domestic and foreign craft beers, there is also a small bar in the back offering up to 10 craft brews on rotating taps.  This weekend, the taps contain beers from Victory Brewing, Southern Tier, Harviestoun, Great Divide and several others.

(Chan’s Wine World)
Today, TheBrewSherpa and Brewticular (yep, that’s me) stopped by Chan’s to deliver a gift of Russian River’s Pliny the Elder and chat it up with the General Manager, Dan Moore.  While pouring a couple of draft Southern Tier Crème Brûlée, Dan told us about the $5.00 beer tastings on Wednesday nights and discussed the woes of local distribution.  It appears that if you are in Panama City Beach and not attending these tastings, you should probably be punched in the balls (or at least feel like you were).  After enjoying the Crème Brûlée, Brewticular browsed the selection and picked up a few select bottles to go into my beer cellar, while TheBrewSherpa made multiple references to Chen’s Empty Keg from World of Warcraft (yes, he is a gamer).  After approximately 20 minutes of browsing and gaining a massive headache from listening to TheBrewSherpa reminisce about killing boars and finding loot, it was time to leave, armed with Kiuchi Brewery’s Hitachino Nest Beer Nipponia (brewed with Sorachi Ace Hops and Kaneko Golden Barley), a Stone Ruination IPA, and a Lakefront Brewery IBA. 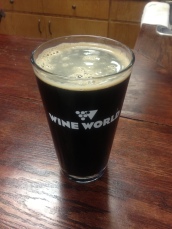 Needless to say, if you are looking for craft beers and knowledgeable people in Panama City Beach, stop by Chan’s Wine World and take a quick look around.  Be sure to attend their beer tastings Wednesday nights, you’ll surely find Brewticular there, and you may be lucky enough to get a sample of Pliny the Elder (or some other South-coast rarity)  over the next few weeks! 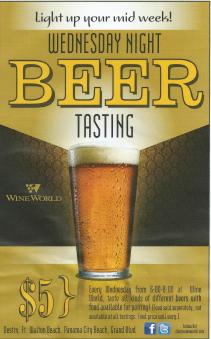