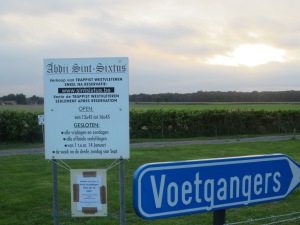 TheBrewSherpa, TheBrewSherpette, and their amazing Belgian friend, Dirk, took a Sunday cruise to visit the abbey of Saint Sixtus of Westvletern.  The day started at Cafe Leffe, as usual, for brunch in Brussels.  TheBrewSherpa and TheBrewSherpette then proceeded to the train station in Brussels Centale to Antwerp.  Dirk met us in Antwerp and we joined him on our 2 hour ride to the abbey.  Travelling through quaint Belgian villages in the Dutch region of Belgium proved to be a scenic experience.  Corn fields, cows, sheep, and wind turbines dotted the landscape, along with bike lanes and Dutch windmills.

Thankfully, Dirk knew where he was going.  Small country lanes might have convinced the Americans that they were far from their desired destination.  Finally, we arrived at the abbey.  We were quite surprised at the crowd at the abbey shop, since it appeared, as did Oz, out of mere pastures.   The Sherpas had finally arrived at their destination.  The source of the holy grail of beer…the home of the Westy 12!  The Sherpas had, as directed by the abbey’s website, attempted to reserve a case of the weekly beer, however, the phone message lead us to the website, which, ironically, lead us back to the phone.

So, we arrived at the abbey shop, and were pleased to find Westy 12 and Westy 8 readily available on tap.  Dirk adeptly ordered us some Monk’s cheese and pate which paired very well with the beer on tap.  The monestary is not open to visitors, and the abbey shop is surprisingly modern, with vaulted ceilings, halogen lighting, and a gift shop stocked with third party toiletries.

In any case, the order of the day was to enjoy the Westy beers and to spend time with our dear friend.  Success was the result.  We had a wonderful time tasting the holy grail of beers, in unlimited quantity, and, as is customary for many beer fanatics, enjoying an amazing social experience.  Thank you to Dirk, for making this wonderful day even better!  And thank you, for the limited edition building box of The abbey of Saint Sixtus of Westvleteren as a gift (there were only 70,000 of these exported). 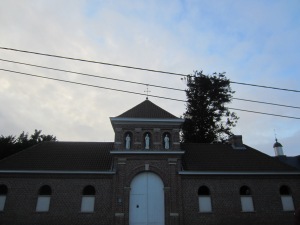 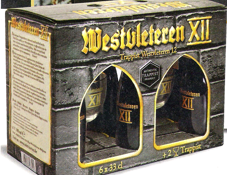 We will savor this piece of history and memory for many years to come, and invite you to visit us in the US so that we can return this favor of friendship to you! 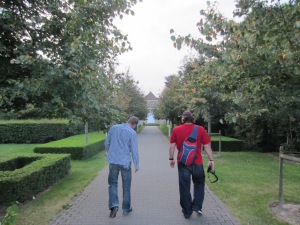 2 thoughts on “The abbey of Saint Sixtus of Westvleteren – September 2, 2012”